NASA has discovered a new planet called MAX APOLLO. Its inhabitants have only one mission: to conquer the world. Their first goal: the ear canals of Swiss music fanatics. Their favorite weapons: massive rock songs and seductive melodies.

It’s an auditive invasion that you do not even want to resist. On their debut album, MAX APOLLO surprise with a complexity that one rarely encounters. Timo Meier, frontman of the group, explains: “We are not great fans of role models and not keen on following other band’s musical trails. We want to create movement, grab the listener by the hand and create something that stays.”

They have undoubtedly succeeded in doing this with their debut album “In Absolute Silence” and people can’t wait to follow them to the most remote corners of the galaxy. 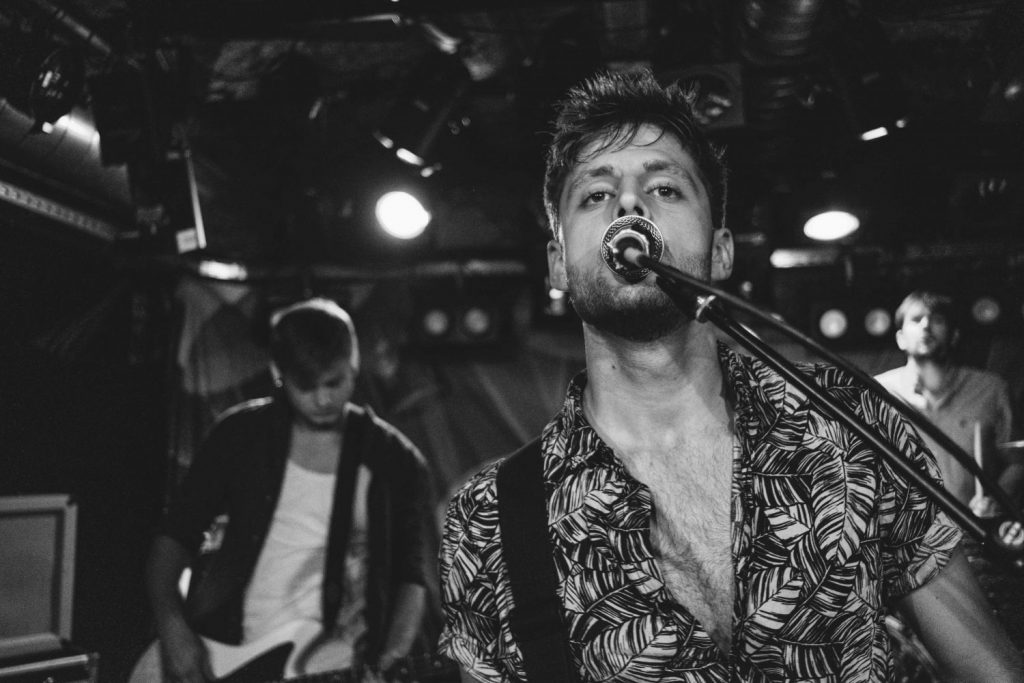 They are young and free, combining unbelievable talent, big love and dedication in every note that they are playing.

Now I know what you are thinking but if you are here to read this article, let’s do it right.

They started their journey not long ago in beautiful Switzerland. After 6 years of playing drums in a hard rock-combo, Timo was tired of noise and pursued his beginning career as a singer-songwriter. But this soon grew into the next band project. With their first ever single «Lucid» (a song so good that it can be found again on the current album) as well as the «Max Apollo EP», a first signal was sent to the stratosphere.

A considerable number of concerts later and only one year after the band was founded, they were back in the studio of Philip Harrison (Chucky! Music Productions) in June 2017 and worked on their first album.

While I was waiting to buy my vinyl (that also includes a download code), I realized that all this crowd was not only there to buy it but also to get it signed. Signatures from boys that only a short time ago were complete strangers. That was it. Max Apollo accomplished the impossible within 90 minutes. These young talented boys full of energy and passion created a fan club within a night but most importantly earned huge respect.

Are you ready to explore them? We catched up with Timo and we asked everything:

Hi Timo. As far as we know, you started as solo but then you made a turn to a boy group. How was that for you?

Oh man. It was a complete roller coaster. You know, at the beginning I was sick of this whole “band” thing, because of the very intense time I had experienced with my last band. It was a wonderful, strange and inspiring time, but I was looking forward to do “my own thing”. But suddenly, I met Greg and after a few shows as a duo, I called a few friends, started to play my songs together and it felt unbelievably good. 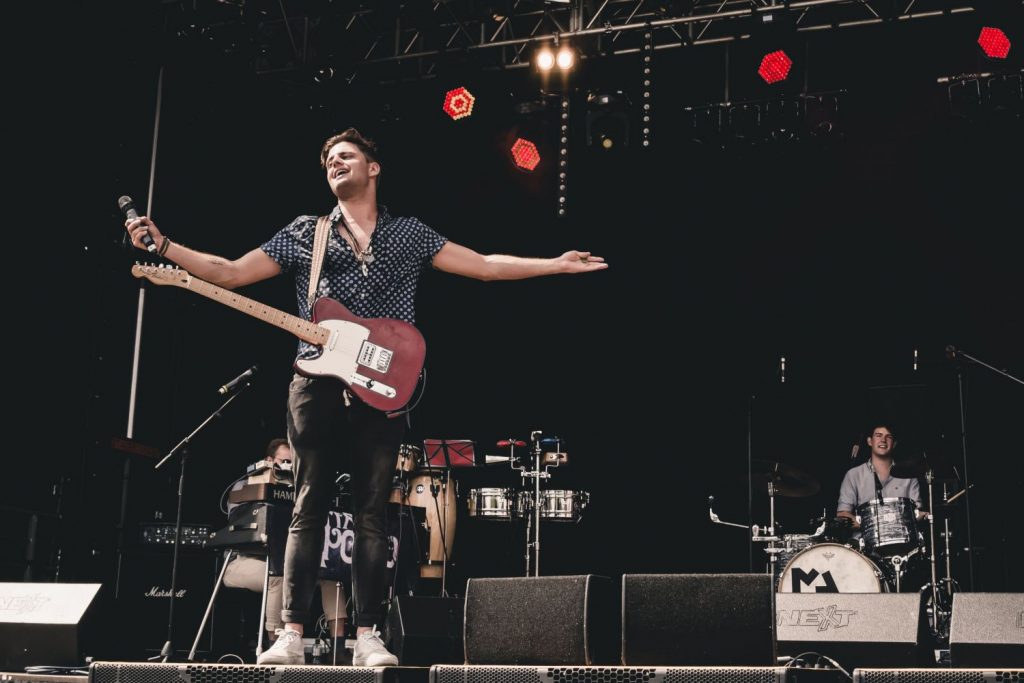 So long story short: a rollercoaster – but a very beautiful one.

I landed here 22 years ago and I still haven’t figured out how to levitate on my own. So we got the idea of building this MAX APOLLO-rocket that we’re just about to start now.

We know from fact that you are writing and composing all the songs. What’s your inspiration?

Well, life is a beautiful thing. Not the life you build yourself with all the years, but the life within – the life you experience within. Feelings, emotions, fights, all this beautiful stuff that everyone struggles with; this is the absolute inspiration. I don’t want to tell tales I just made up and there’s no need to write anything about my ex girlfriend, for example. I want to serve music, and I think the best way to do this is by taking myself and my ego out of it to focus on this “life within” which everyone encounters. 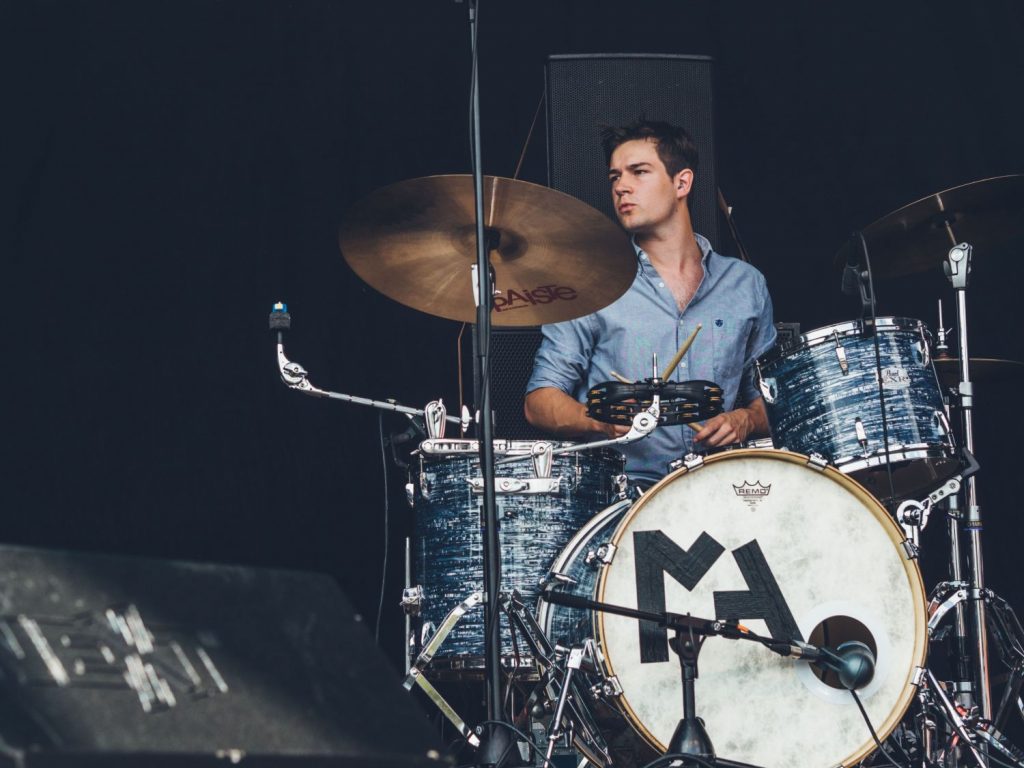 But to state it simple: I just want to make great music.

Max Apollo is an amazing combination of musicians.  Tell us a little bit about the rest of the members and how you got all together.

My favorite question. I can’t help myself but answer with “I don’t know”. Gregor was supposed to film my very first show as a singer-songwriter (for not even 50 bucks) and did so, but he also told me that he plays the piano. So we got together to play as a duo. But just like with the singer-songwriter things, I got bored of it a few weeks later. 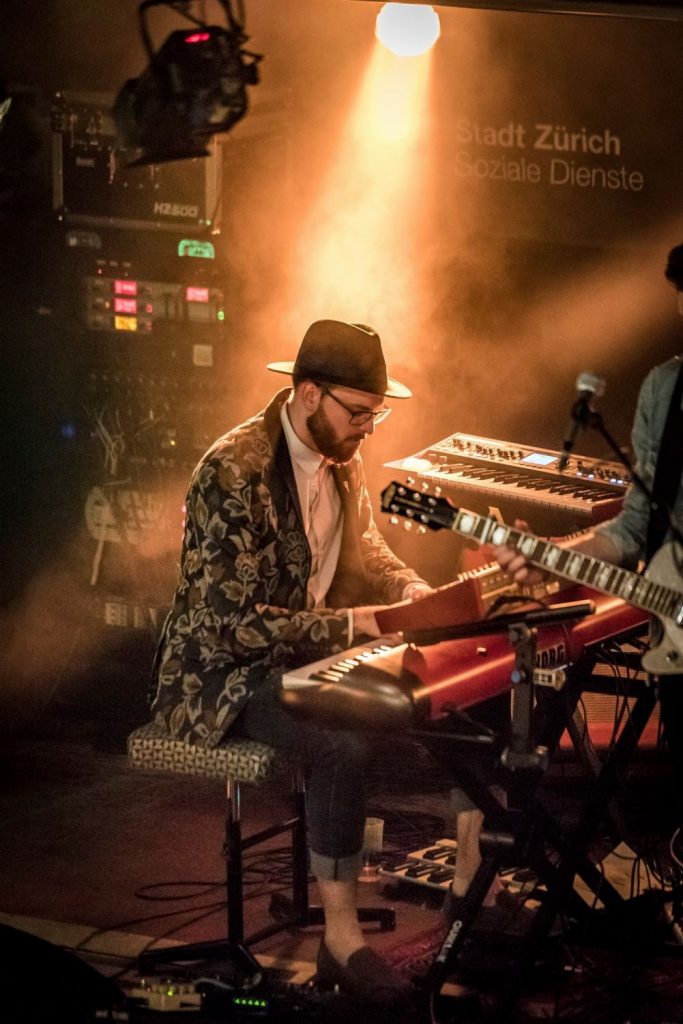 So I called up Mischa, who was my supervisor in the music shop I worked years ago – he actually was a guitarist and I jokingly asked him if he wants to play the bass. He sarcastically said yes and totally nailed it – I still don’t believe what I’m seeing.

Last but not least I called Balz, just after we unsuccessfully casted two other drummers. He was a customer in the music shop I just told you about. And same here: he was (and still is) an absolute genius Jazz player, but didn’t know anything about rock. He also sat down and nailed it – he still does, more and more from day to day. 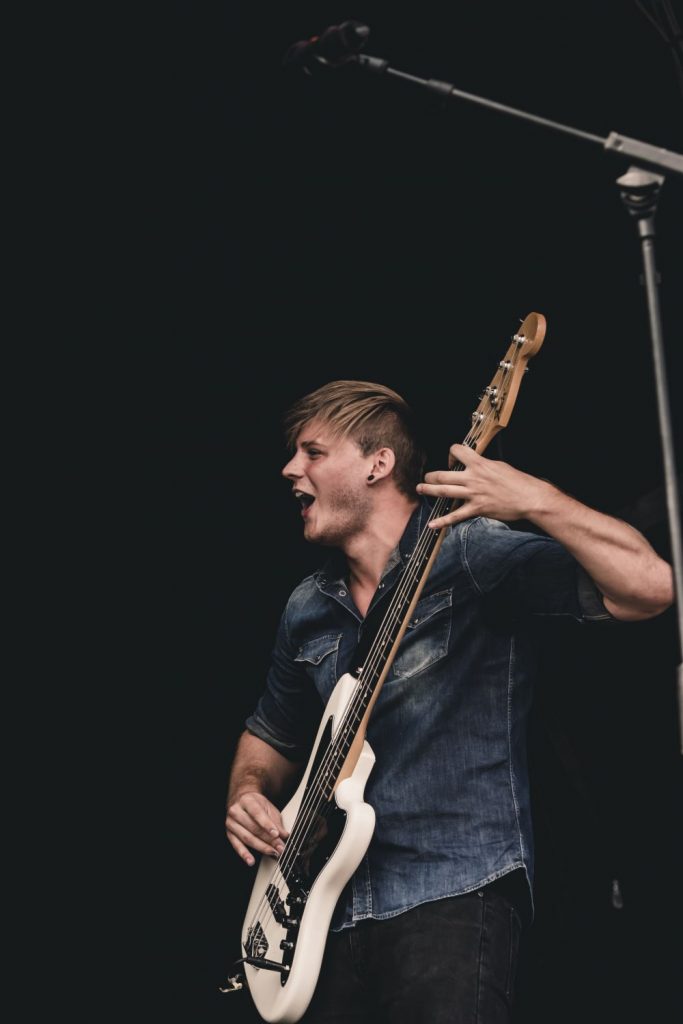 As soon as we had the album recorded and continued playing an okay amount of shows, I knew I was going to need another guitar player to fatten up the sound and giving me the opportunity to focus on singing. Manuel was my go-to choice (here again: after casting a few other guitarists) and I knew he was going to do great with the guys. And he got his guitar on and nailed it immediately. 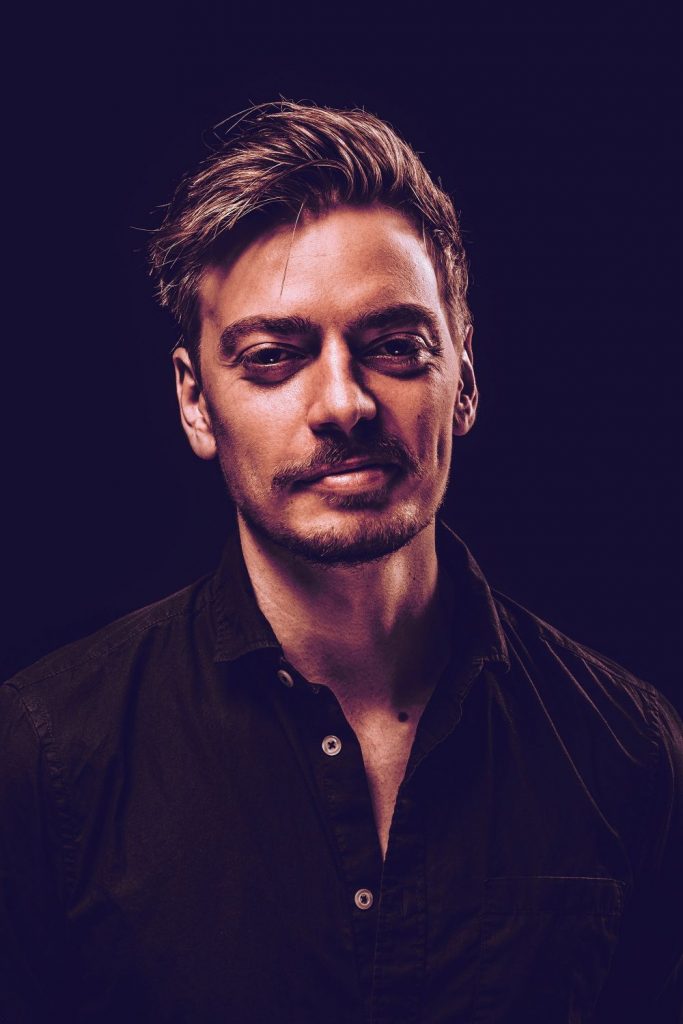 So the funniest thing is: we didn’t really know each other except Mischa and I. I kind of met someone and called a few people, mostly ironically, and they kind of went “well, ok”. And it’s so much fun.

Tell us three mind blowing reasons that Max Apollo should be on our Spotify list.

However If you don’t put it on your Spotify playlist, we will hire someone to tell your friends. They might put us on their lists.

In absolute silence, but all we want to do is to hear it extremely loud. Do you feel that this album is brining up all of your sounds or you are keeping something for later?

The great thing about this album is that it shows a lot – but not everything. We did everything as good, perfect and great as we could. But we’re ready to give way more.

Greeks are crazy, lovers of sun and music and of course good food. Can you copy with this feeling?

Planning to blow up some stages in Greece soon?

Absolutely! But be warned: If we get here one time, we might not leave again soon.